Warning: count(): Parameter must be an array or an object that implements Countable in /var/www/vhosts/brieftaubenwesen.ch/httpdocs/libraries/cms/application/cms.php on line 470
 The hidden world of Turkey's prize pigeons

As night-time approaches in Sanliurfa, southeastern Turkey, most of the alleyways of the city’s old bazaar are emptying out, except for one. The bustle of daytime trading has died down, but on this little street, a stream of men carry cardboard boxes filled with pigeons to a cluster of three teahouses. Here, they sell the birds at Sanliurfa’s famed auctions to a dedicated band of pigeon keepers and breeders, a pastime that has been thriving for hundreds of years across the region and over the nearby border into war-torn Syria.

In a country where the minimum wage is about 1,400 liras (£298) a month, enthusiasts regularly easily spend hundreds of dollars for one bird. “I once sold a pair of pigeons for 35,000 Turkish lira,” says auctioneer Mam Dildas. “This is a passion, a hobby you cannot quit. I’ve been known to sell the fridge and my wife’s gold bracelets to pay for pigeons.”

Sanliurfa sits just 50km from Syria, in a southeastern region rocked by its own clashes between government troops and Kurdish insurgents. But the trade has taken the turmoil in its stride and carried on. In the early days of the conflict next door, there was a glut of birds on the market as enthusiasts from northern Syria fled into Turkey with their pigeons.

“Prices fell due to oversupply but as the conflict escalated and there were no more pigeons coming from Syria, prices rose again,” says 23-year-old breeder Smail Ozbek. He keeps about 200 pigeons – together worth about 50,000 lira – in lofts fitted with alarms and closed circuit TV cameras. At the auction, men sip tea and smoke cigarettes as Dildas picks up a bird and shows it to the crowd. He gives a starting bid price and buyers shout out their offers. 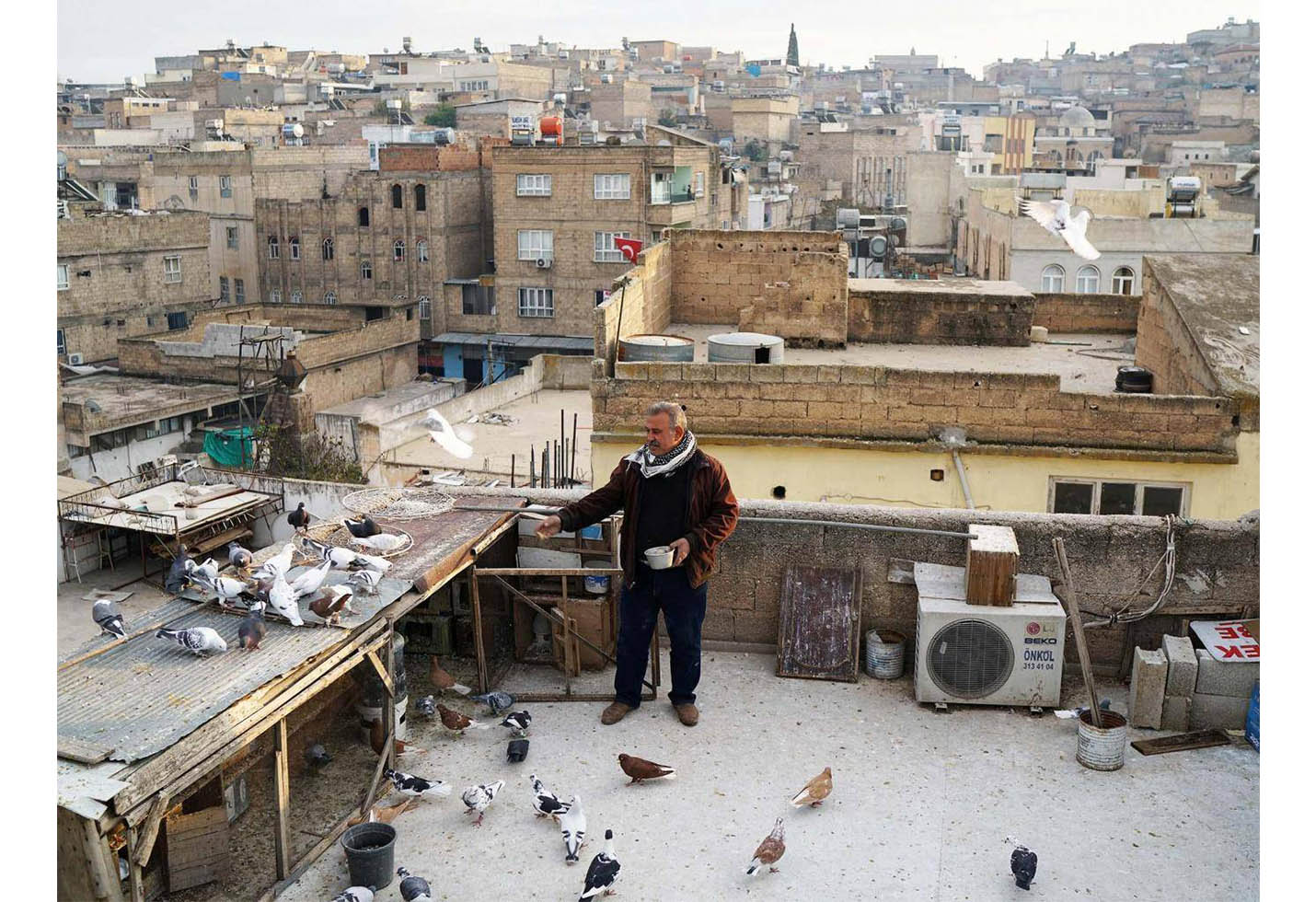